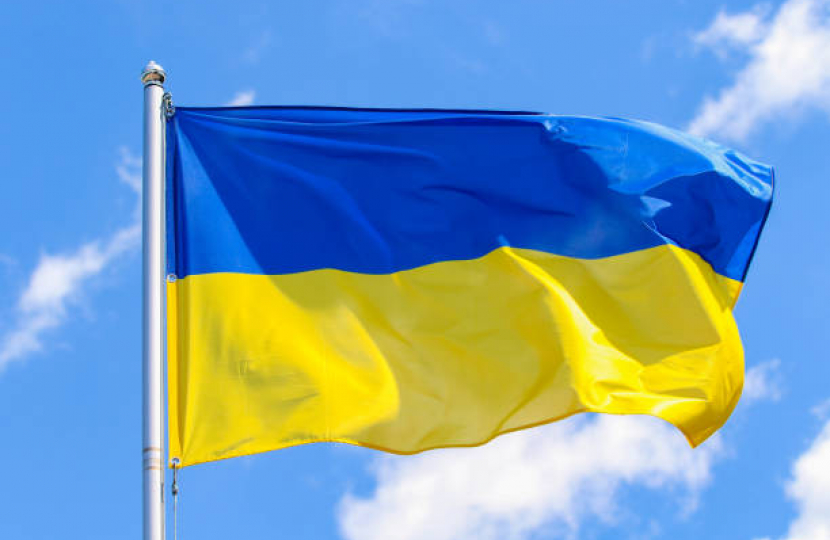 Neil has welcomed the latest announcement from the UK Government in respect of the medical support being provided to Ukraine.

As set out in a Government press release, in the coming days, medical aid donations from the UK to Ukraine will reach more than 11 million items, helping save tens of thousands of lives.

A fourth tranche of aid left from across the UK during the last week, carrying:

The 5.78 million items in the latest deliveries more than double the 5.29 million items donated in the first three tranches, taking the total to 11.07 million.

Nearly 16 million people are reported to be in need of humanitarian assistance within Ukraine, with access to care badly needed for those in cities worst hit by Russian attacks like Mariupol and Irpin.

The latest supplies are being sent in direct response to a request from the Government of Ukraine. They will provide treatment for people injured in the brutal and intentional Russian attacks on civilians across Ukraine, as well as help the government prepare for potential future threats.

The UK Government will continue to work closely with Ukrainian Government officials to tailor our support and target supplies to reach those most in need. This will include further donations of both new and NHS ambulances in the coming weeks to bolster frontline life-saving efforts in Ukraine.

The UK stands shoulder to shoulder with our Ukrainian friends. As the medical emergency inflicted by Russia escalates, we have responded with life-saving medical supplies where they are needed most.

As one of the largest humanitarian donors, Britain will continue to help care for those bravely resisting Putin’s vile aggression until Ukraine succeeds.

Russia’s unprovoked and illegal attacks on Ukraine have created a medical emergency, with Putin targeting healthcare facilities like maternity units, hospitals, and ambulances.

The UK’s support for our friends in Ukraine is unwavering, giving medicines and equipment they desperately need, which has saved tens of thousands of lives.

Thank you to the NHS in England, Wales, Northern Ireland, and Scotland for stepping up and donating vital medical supplies.

From the outset of the crisis the UK has helped Ukraine deal with its intensifying medical emergency. Earlier tranches of aid included items such as medical equipment, drugs for surgery, wound care packs and bandages.

The UK is also donating specialist equipment to treat spinal cord and brain injuries and help provide rehabilitation. This is donated from the UK Emergency Medical Team, which is on standby to deliver medical aid in global emergencies. It will help boost the capacity of a national rehabilitation centre in Ukraine, freeing up bed space in hospitals to accommodate other critical cases.

The additional shipments of medical aid have been drawn from donations from across the UK, including NHS England, Wales, Scotland and Northern Ireland, with NHS Wales contributing more than 1 million items to the latest tranche of aid.

Her Majesty The Queen, the first Monarch in British history to celebrate a Platinum Jubilee, has been the ballast for the Nation for 70 years.